Direct mail marketing has undoubtedly been a key part of businesses’ advertising campaigns over the past century, but is it still as worthwhile as it once was? More and more companies are opting to move away from traditional advertising channels like television and radio in favour of other types of advertising, like digital, out-of-home, and in some cases direct mail. The advantage of direct mail over digital and out-of-home is its ability to reach potential targeted customers in predetermined locations, for example, close to your place of business.

Direct mail marketing is a tried-and-tested way to reach your target audience in their own home. If you’re considering using direct mail for your organisation, take a look at the statistics below exploring the popularity and reliability of this medium.

Nothing illustrates engagement more than response, and a recent response rate report commissioned by the Direct Marketing Association found that direct mail achieves a 4.4% response rate compared to email’s 0.12%. The difference in engagement here is really quite astonishing and for some, maybe even unexpected. Email marketing is often the medium of choice because of the low costs involved, but when it is only responded to by 3% of recipients compared to direct mail, is it really worth cutting corners?

Emails by nature are easy to ignore, delete or archive as soon as it comes into one’s inbox, with many modern phones operating one-click delete or unsubscribe options. Consider that email marketing has a rough average click-through rate of between two and three percent. The likelihood of people going back through their even one or two days after receiving the email shot and opening it is even smaller. However, direct mail does not suffer from the same affliction.

A study by the Direct Marketing Association found that a whopping 27% of direct mail is still ‘live’ in the household after 28 days. This means it is still in circulation, poised somewhere visible, waiting to be read and re-read. When was the last time you went 28 days back in your inbox to read a mailing shot?

Marketing is not just about click-through and instant engagement, but like the last statistic illustrated, it’s also about longevity. There is a proven link between the physicality of an actual piece of mail and the ability of the recipient to recall it at a later date.

A recent study commissioned by Royal Mail showed that nearly two thirds of respondents (60%) felt that the physical nature of mail meant that they were more likely to recall it at a later date. Maybe it’s something to do with the more personal feel of direct mail as opposed to the constant bombardment of targeted ads and email shots. Maybe not, but if it works for 60% of the population, it works for us.

Following on from that, just as tangible mail is received better by the majority of the population, it is received even better in one generation that is often overlooked as only susceptible to digital marketing. Millenials as an audience sector have proven to respond most positively to direct mail, appreciating the time and craft that has gone into the creation of it. Maybe it’s because receiving mail, in general, could be less common in this generation, but the statistics speak for themselves.

Research undertaken by Gallup reported that 95% of 18-29-year-olds respond positively when receiving personal letters. Direct mail marketing is the optimum medium for tapping into this enthusiastic and receptive mindset.

Our fifth and final statistic is perhaps the least surprising of the lot. According to a study undertaken by marketing genius Neil Patel, he found that 57% of people feel valued upon receiving physical mail. The personalised feeling that direct mail delivers isn’t so easily replicated with other advertising channels, and delving a little deeper, the study found that 73% of people found that they prefer direct mail as a method of advertising.

So whatever the objective of your marketing campaign is, it’s worth giving direct mail a shot. If the idea sounds like something you might be interested in, try outsourcing your idea to a team of experts in the mailing industry – we’d love to hear from you. 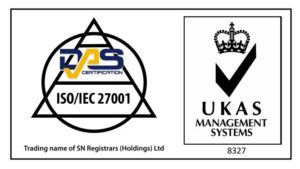